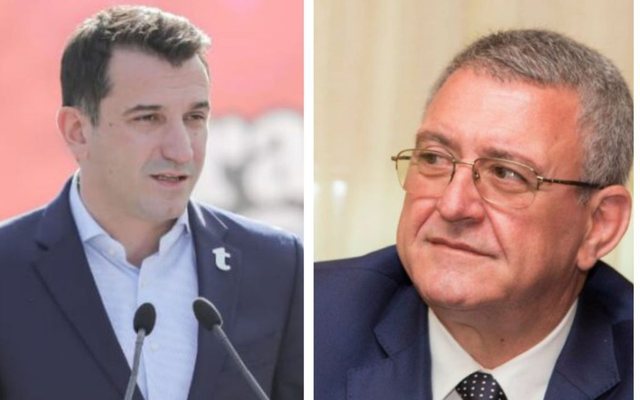 In its capacity as a shareholder of the Tirana Football Club, the Tirana Municipality will request a national and international investigation for Mr. Duka on Monday.

A team of Albanian, American and British lawyers have been assisting the Tirana Football Club to compile a voluminous file which will be forwarded to the FBI, DEA, NCA, Scotland Yard, SPAK - a Special Anti-Corruption Structure tasked with investigating corruption and organized crime at the highest levels of government and society in Albania, the Tirana Prosecutor's Office, the Economic Crime and Money Laundering Agency, AMA (the Audiovisual Media Authority), The Albanian Tax Administration Office, AKU (the National Food Authority), as well as the American and the British embassies in Tirana, sources said.

Various issues of international match-fixing and betting fraud are part of this voluminous file that will be passed to the FBI regional officers. According to sources, the agents of the Athens-based regional DEA, the American Anti-Drug Agency, will be presented with all the evidence of generated drug money “laundered” in sports, happening all under the knowledge and support of Armando Duka and additional elements of the criminal world of Shijak, a town located in west-central Albania, and also other places of Europe and Latin America.

Another file will be presented to the British authorities, with data of unjustified sources and lavish expenses of the Duka family to purchase properties, luxury cars, and other assets in extraordinary figures. According to the Tirana Municipality, on Monday, the Scotland Yard and the NCA, which mainly track money laundering by foreign entities in the UK, will have irrefutable evidence to look into.

Meanwhile, a procedural material for the criminal offense of “abuse of duty,” provided by Article 248 of the Criminal Code, issued on 26.11.2021, with a reference No. 23859, was forwarded to the Prosecutor’s Office of the Tirana Judicial District with criminal charges against the leaders and employees of the Albanian Football Association. Sources confirm that the Tirana prosecutor’s office will be adding two more prosecutors to the case to speed up the investigation.

On the other hand, several other irregularities related to football marketing such as broadcasting rights, money laundering, or illegal contracts which result in a conflict of interest with Duka companies such as AIBA, SuperSport, EcoMarket, GoTech, Kantina Duka, will be submitted for tax evasion at the Albanian Money Laundering, Economic Crime, and Tax Investigation Agencies. Further, considering that Armando Duka’s brother, Agron Duka, a member of the Albanian Parliament, owns shares in these companies, the voluminous file will also be forwarded to SPAK and ILDKP (The High Inspectorate of Declaration and Audit of Assets and Conflict of Interests); both institutions specifically deal with corrupt politicians involved in criminal activity.

Tirana Municipality’s sources claim that this case is being presented to foreign media consultants to internationalize other violations and abuses by Armando Duka related to solidarity funds provided by FIFA and UEFA. Funds that did not go to the children’s sports associations but were diverted to fund the new offices of the FSHF President Duka. Just last week, his delegate, Mr. Fundim Dollaku, was arrested by police for forging the signature of the Mayor of Shijak. FIFA has long been accused of lacking control over the abuses of local federations with leaders like Duka, and apparently, a new media wave about these international abuses is inevitable.

The Tirana Municipality, as a shareholder of Tirana Football Club, will forward the complete file to the American and British Embassies in Albania to request the revocation of the visas of the Duka family, as a repeated miner of democracy in Albanian football and as a suspect in many criminal offenses! This is the first time such a mobilization of international institutions to investigate Armando Duka and the abuses in the Albanian Football Association.

The battle of the Mayor of the Municipality of Tirana, Mr. Erion Veliaj, and the Head of the Albanian Football Association, Mr. Armando Duka, is expected to intensify next week with the elections for the Tirana Association, where Duka seeks his 6th mandate after 20 years at the helm of the FSHF since 2002.