How will the future of transport in Tirana be? Veliaj: The current service will be digitized 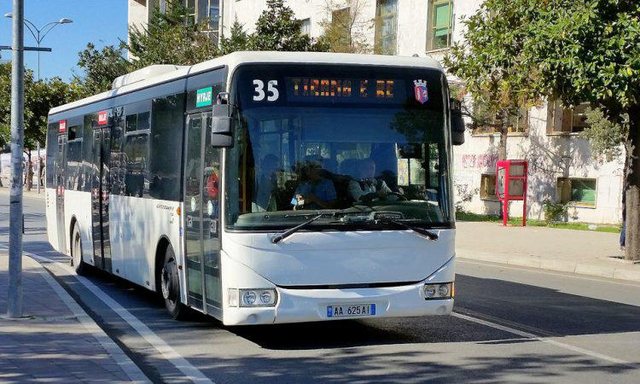 There were two innovations that the Mayor of Tirana, Erion Veliaj, highlighted as investments towards what he called the European Capital of Transport: The digitization of the current service, as well as the opening of two mega terminals for buses, which together with the railway line will they breathe life into mobility in Tirana.

Present at the "eTransport" forum, Veliaj said that in parallel with the modernization of these services, the municipality has also proceeded with subsidizing both citizens and urban transport operators in the capital, which, now with the introduction of the GPS system, becomes even more easy.

"We have broken a taboo by subsidizing public transport, but the context of the war in Ukraine required this intervention. In a global world, where we are all connected, you certainly feel the impact of the price of oil and fuel. One way was what we did in the Municipality of Tirana as a temporary choice, where every bus is fitted with a GPS and through this we subsidize the kilometers traveled, the accuracy and discipline of arriving at the station," said Veliaj.

The other, more important point, the mayor added, is the eastern bus terminal, which is nearing completion, as well as the terminal of other lines, for which, Veliaj said, after 27 trials, the municipality won the right to the construction of this new construction site.

"Starting next year, the Eastern Terminal will be used for all interurban transport in the southeast. Meanwhile, we have just won the 27th trial, - for all those who howl how the traffic in Tirana will be solved, when they had it in their hands, they let it be torn apart by people who had no connection to the land and the municipality's projects ended up in mortgages all kinds of speculators, - and finally the construction site at the bend of Kamza, the historical construction site for the west, south and north terminal will be opened. I believe that the megaterminal there, together with the services, since it is also near a communication node, will once and for all solve the interurban transport issues that enter Tirana," underlined Veliaj.

The General Director of the General Directorate of Road Transport Services, Blendi Gonxhja, appreciated the support of the Municipality of Tirana. "No project at the national level would have value without the Municipality of Tirana. The municipality of Tirana is the center of Albania. We have 9.5 million travelers departing from this municipality", said Gonxhja. While the Minister of Tourism Mirela Kumbaro said that this year Tirana had a tourist boom, where the main age group was 20-25 years old. "We had 6.5 million foreigners in the country. Tirana this year has been a tourism boom and with young people. The age group, which was generally 50 and over, the tourists of Tirana this year were young people between 20 and 35 years old. All these indicate an increased public, mobility, the desire to move", said Kumbaro.

Artificial Intelligence, the dawn of a new era that will shake us

Albania is gripped by the Siberian cold, temperatures up to -11 degrees next week

Poll, Americans don't want either Biden or Trump in the 2024 election

The former president of Pakistan, Pervez Musharraf, died at the age of 79

The hidden link between long hours at work and mental health

The former official Alda Klosi, arrested after the testimony of the cleaner, is hospitalized

The first day of my life

The Boeing plane catches fire on takeoff and the blame falls on Russia. The 321 people on board were miraculously saved

Veliaj: The New Theater will be a symbol of the future

Video/ The white roses that grew in Paolo Bonoli's garden after he failed to fulfill his father's bequest, proof that Heaven exists

Against the construction of the Thumanë-Kashar road, the residents of Bërxulla protest

Veliaj: We have preserved the historical identity of the city. A Library and Puppet Theater will be built at Garda

How do we humans see color that doesn't exist

Road axes in Korça where snow makes it difficult to pass

Scholz: Putin has not threatened me or Germany

Video/ I'm the old woman Harry lost his virginity to

Horoscope for February 5 by Russell Grant

Latest/ The US military shoots down China's spy balloon

What's cool on Netflix in February

This is the best way to cancel plans with friends

The EU limits the price of Russian oil products

Complications during pregnancy are linked to a higher risk of heart disease, study finds

Some tips and tricks for couples who fight a lot

Oil and gasoline are reduced again, gas is increased

A suspected Chinese spy balloon is identified over the US! How does Beijing respond to this event?

Snowfall in the country! Be careful in mountainous areas

Three new buildings in the Student City, Veliaj: We will transform it into a university campus

Cameron admits after 25 years: Jack could have escaped with Rose

The "Martyrs of February 4" street is back in Tirana

Barely prolonging his career, Tom Brady lost his marriage but also some of his brilliance

Some good events that happened this week on the environment, biodiversity and rights

There are 5 expectations from this year!

Famous bloggers: 5 cities that will make you feel like you're in a fairytale in Europe. Inside such an Albanian city

The frosty weather starts this weekend

Horoscope for February 4 by Russell Grant

25 lines for these holidays

Artificial Intelligence, the dawn of a new era that will shake us

The hidden link between long hours at work and mental health

How do we humans see color that doesn't exist

Barely prolonging his career, Tom Brady lost his marriage but also some of his brilliance

Video/ The white roses that grew in Paolo Bonoli's garden after he failed to fulfill his father's bequest, proof that Heaven exists

Video/ I'm the old woman Harry lost his virginity to

Horoscope for February 5 by Russell Grant

Horoscope for February 4 by Russell Grant

Horoscope for February 3 by Russell Grant