The confiscation of 4646 m in Tirana, Rama publishes the document: IKMT filed a report in July 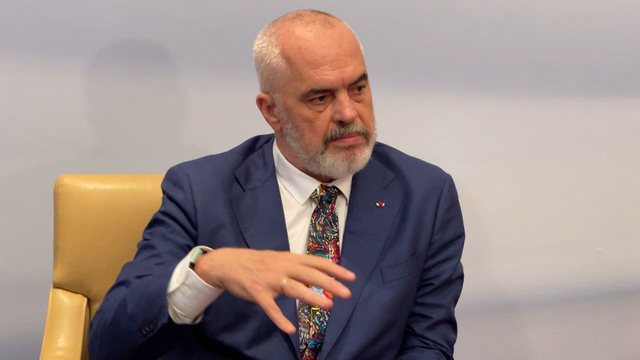 Prime Minister Edi Rama has responded to those who accuse him of the government's recent decision to seize floors without permission.

Rama has published on Facebook the document that IKMT submitted to the Prosecutor's Office in July for the 4,646 square meters of construction without permission in the center of Tirana, which were seized yesterday by the state for public interest.

"WE'LL TALK ABOUT THIS AGAIN TOMORROW, but let's look at the attached document, especially those friends of this page, who have cursed, accused and fantasized about the government's decision on the square meters without a permit for the purpose of profit!

Let them read for themselves how some time ago, the case of those 4,646 square meters in the center of Tirana, which the state took yesterday for public interest, was taken to the Tirana prosecutor's office. And this is not the only case, but the case that poured the cup of patience with justice, in relation to all kinds of parellis, caught red-handed all these years by the State Police, Taxes and Customs or the National Inspectorate of Territory Protection, but turned into sources of income for corrupt justices.

But of course, the shame is not the friends who insult and accuse here, who are at best blind voters of other parties and at worst, citizens bored with politics, who mistakenly know me as the politicians shameless, what they say, they do.

Shame belongs only to the professional haters of politics and the media, who with their inconsolable rage, increase the amount of scum of channels and portals every day, where there is no place for truth, facts, arguments. They relentlessly poison anyone who mistakenly follows them out of respect and anyone who mistakenly reads them to find out the truth.

They did it themselves or they would do it themselves if they had the chance, all the atrocities and atrocities they accuse me of! That's why they can't even imagine that someone can lead this country without putting their hands in the pockets of others or in the state's coffers; then they no longer have elementary democratic education, so that they do not accuse the other without evidence, of criminal acts and offenses.

Of course, I am not fallen from the sky, those who don't want to love or not, I have never done under this sky any of the acts or deeds in question and therefore I have never been stopped, nor do I intend to stop until end, in front of anyone and any battle in the interest of this country", writes Rama.

Berisha was made the chairman of the youth forum. Evi Kokalari accuses Belind Kelliç of vote manipulation

Macron reacts after the Baguette was declared a UNESCO heritage!

The American musician dies a few hours after the wedding

Successful people do these 3 things on Sunday for a happier, stress-free week

Which zodiac signs are narcissists, according to astrology

Turkey: Sweden and Finland have made progress, but work is still needed to join NATO

Afghanistan, where women are no longer even allowed to go to the park

What did Balenciaga do that sparked outrage online and is being accused of inciting pedophilia?

Albin Kurti: We suspended the license plates, to give space to the Franco-German plan

How the Iranians got into our online systems

Meta, after the meeting in Berisha's office, says that he will join the protest on December 6

Together for peace! 300 artists from NATO countries concert on December 3 in Tirana

24 hours with Rita Ora and her partner where they talked about their relationship, but also about Albanians

The star of Top Gun and Die Hard, Clarence Gilyard, dies at the age of 66